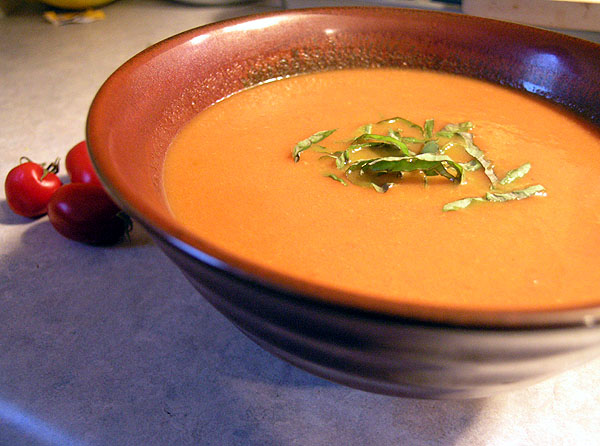 I love me some tomato soup. Especially homemade. Especially near the end of summer when I can go to the farmer’s market and buy tomato seconds by the bushel. They’re the tomatoes that might have gotten bruised or blemished that don’t sell as well, and as a bonus, they’re really cheap. But they’re perfect for soup. Look for roma (plum) tomato seconds. They’re nice and meaty. Don’t forget to get an onion and some fresh basil while you’re at the market!

~8 cups chicken broth, or as much to just cover the tomatoes you have
as many fresh, ripe roma tomatoes you can buy
1 small bunch of fresh basil
3 T tomato paste
1 medium onion
3 cloves garlic, optional
1 pint heavy cream, optional (half and half works well
too) 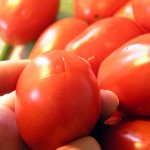 1. Peel the tomatoes. It’s easy, it just takes a little time. Score the bottom of the tomato with an X with a knife, like this. —->

2. Drop the tomatoes into boiling water for 30 seconds or so, or until you see the skins starting to peel back or shrivel up. Fish them out of the water with a strainer and plunge them into a bowl of ice water to cool off.

3. Once you do that, the skins should just slip right off. Keep the skins in a bowl, and seed the tomatoes into the same bowl. I just use my hands, since the tomatoes are already slightly mushy at this point anyway. Keep the tomato ‘meat’ in a large bowl or pot until ready to use. 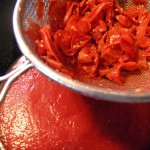 4. Take the bowl of seeds and skins and press through
a mesh sieve to extract as much of the tomato pulp and juice as you can. Add that back to the bowl of tomato ‘meat’ and discard the skins.

5. In a large pot, heat olive oil and sweat the onions
and garlic until soft and translucent. Add the tomato paste and cook for another minute to concentrate the flavors and caramelize the paste.

6. Add your tomatoes and juice, chicken broth, and the
cleaned bunch of basil. I 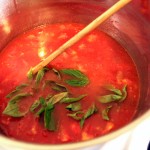 just leave the basil on the
stems and fish the entire
bunch out later on. It flavors the soup but doesn’t leave green specks.

7. Simmer for at least 20 minutes. Season to taste with salt and pepper. Remove the basil, and puree with a stick blender, or in a counter top blender in batches.
Add cream, if using. 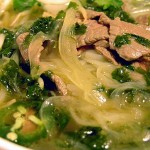 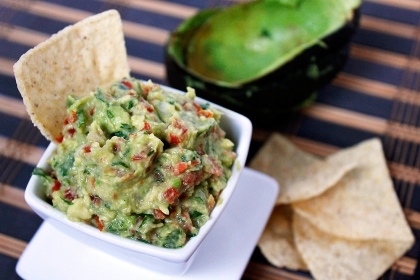 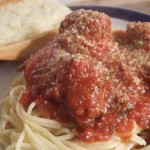 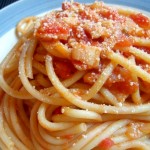 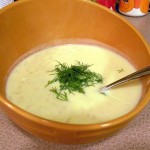