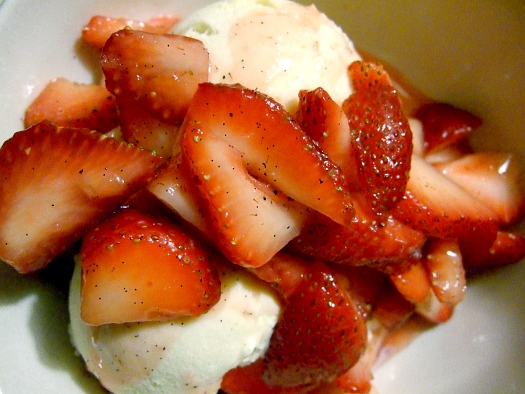 This recipe, if you can even call something this simple a recipe, is all about a technique that also happens to be one of my favorite words: macerate. Isn’t that a lovely word? It evokes what happens when you macerate fruit; it gets all juicy and a little squishy and all the goodness runs out to make it’s own syrupy sauce. Yum.

Again, this is another thing that doesn’t really have a recipe, but I’ll do my best. Serve it over vanilla ice cream as we do most of the time, or in strawberry shortcake, or in a yogurt parfait, or on oatmeal, or on pancakes or waffles…You get the idea. It’s good on everything.

strawberries, sliced
white sugar, to taste, but at least a couple tablespoons
half a vanilla bean

1. Slice the half vanilla bean in two lengthwise, then scrape the seeds into a bowl with the strawberries and sugar. Mix thoroughly, then let sit on the counter or in the fridge for 30 minutes. Mix again, then serve. The sugar will bring out all the juices from the fruit and create a syrup. You don’t have to eat this right away, but the fruit breaks down the longer it sits, so I usually use it within a day, otherwise the strawberries start losing their color and get mushy. 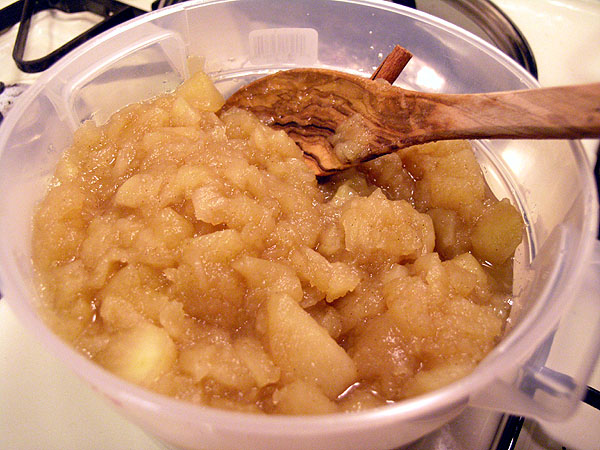 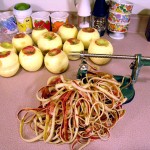